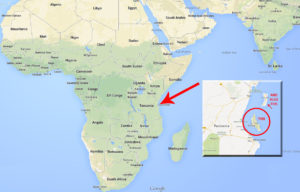 Zanzibar is a semi-autonomous region of Tanzania located just South of the Equator, approximately 35km off the Eastern coast of Africa. Thanks to Zanzibar’s location, it boasts some of the world’s most renowned tropical beaches, stunningly diverse ocean reefs, and a rich tradition steeped in the history of slavery, empire, and revolution.

The peaceful Zanzibar archipelago consist of three large islands: Unguja, Pemba, and Tumbatu, as well as a number of smaller islands and truly amazing sand banks. Unguja, commonly referred to as “Zanzibar”, is by far the largest of the three islands and is the heart of the archipelago’s economy, providing an abundance of tourist activity from diving and cultural workshops to golf and luxury beach resorts. Pemba, on the other hand, lies 30km north of Unguja where tourism and economic growth have not flourished as much, leaving Pemba with a distinctly undisturbed natural environment including untouched beaches like Vumawimbi and a large conservation area in Ngezi Forest. Tumbatu is the smallest of the main islands, hosting a more conservative population unaccustomed to foreign tourists. In fact, travelling to Tumbatu is not encouraged or advised.

Thankfully, however, from Unguja you can see almost everything Zanzibar’s location has to offer. Not far from Pongwe Beach Hotel is Jozani Forest where, for a small fee, you can see the remaining native forestry of Zanzibar coupled with wildlife such as the endemic Red Colobus Monkey, the Servaline Genet, and, if you are extremely lucky, the possibly extinct Zanzibar Leopard.

A rich wildlife can also be found in Zanzibar’s beautiful tropical waters where coral reef surrounds most the islands and gives life to hundreds of species of fish. These can be seen through snorkeling or diving trips which vary in price and quality but are almost guaranteed to give the best abundance of colourful life you will ever see.

The Zanzibar location is sometimes referred to as the “Spice Islands” after the multitude of spices exported to the world from the location. These include turmeric, cinnamon, pepper, and of course clove, which served as Zanzibar’s chief export until very recently and heavily influenced the region’s economic and political history. Like snorkeling and diving, there are many spice tour operators who can show you the ropes and vines of Zanzibar’s plant life.

Due to Zanzibar’s location it is also steeped in human history, containing an abundance of ruins and preserved buildings that serve as relics of the Omani sultanate, African slavery, European colonialism, as well as African revolutionary independence.

Weather: Zanzibar’s location boasts a predictable equatorial climate consisting of a rainy season from March to May and a dry season for the rest of the year, with some quick showers to be expected. Temperature in the dry season can reach up to 40°C in December but average at about 32°C with a considerable humidity factor. However, this heat is countered by the Indian Ocean breeze that provides a welcoming relief, especially felt on the East coast in places such as the beautiful Pongwe beach where people come to cool off.